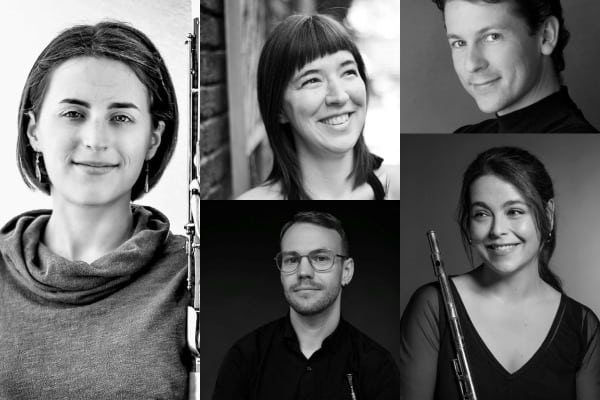 This concert is held at L’Entrepôt Concert Hall

Compliance with the measures :

For a pleasant and safe experience for all, please:

Selected for the Prix Opus “Discovery of the Year” Award, this “spectacular performer” (Los Angeles Times) served as principal clarinet of the Chicago Classical Symphony and the Colorado Philharmonie before becoming a member of the Metropolitan Orchestra. As a soloist, Simon has performed with the Toronto Symphony Orchestra, L’Orchestre Métropolitain, the Victoria Symphony, Orchestra London Canada, the Nouvel Ensemble Moderne, the Chicago Classical Symphony, the Wall Street Chamber Orchestra, and the Chicago North Shore Chamber Symphony.

With a doctorate and two masters from Yale University, Simon Aldrich studied with David Shifrin, Robert Marcellus, Joaquin Valdepefias and Emilio lacurto. He is heard on Radio-Canada and CBC and has made, among other things, recordings for the labels Deutsche Grammophon, ATMA and Analekta.

He is a professor at the Schulich School of Music at McGill University where he is the Winds Coordinator and the Coordinator of the Doctoral Performance Program.

Holder of a bachelor’s degree in music from the Université de Moncton where he studied with David Parker, Simon completed a master’s degree at McGill University with Jean Geaudreault in 2012 and a specialized graduate degree at the Université de Montréal. with Louis-Philippe Marsolais in 2013. Simon Bourget has been second horn of the Orchester Métropolitain since September 2017 and principal horn of the Orchester symphonique de l’Estuaire (Rimouski) since April 2016. His career has led him to perform with the Orchester symphonique de Montréal, les Grands Ballets Canadiens de Montréal, the Opéra de Montréal, the Violons du Roy, the Orchestre du Festival international de Lanaudière, the McGill Chamber Orchestra, the I Musici Chamber Orchestra, the Nova Scotia Symphony Orchestra, the New Brunswick Symphony Orchestra, the Katcor Horn Quartet and the Ensemble Caprice. As a soloist, he has collaborated with L’Été musical de Barachois in 2018 and Les Petits Violons in 2019.

Born in Outaouais, Gabrièle has been second bassoon at the Orchestre Métropolitain since January 2015. As a freelance writer, she collaborates regularly with the Violons du Roy, I Musici de Montréal, the Orchestre symphonique de Montréal, Laval, Trois-Rivières, Drummondville, Sherbrooke, Longueuil and Gatineau. She is solo bassoon with L’Orchestre de l’Agora and also regularly participates in chamber music projects. It can be heard in various recordings with the National Film Board of Canada and Télé-Québec. She continued her studies at the Montreal Conservatory of Music with Mathieu Harel and Stéphane Lévesque. His studies resulted in prizes with distinction in chamber music and bassoon. Throughout her musical training, Gabrièle participated in various workshops, including those of the Pablo Casals Festival in Prades, the Domaine Forget, the Academy of the Orford Arts Center and the Brooke Valley Bassoon Days. From 1996 to 2010, she studied the violin with the Vivaldistes de l’Outaouais.

Principal English horn of the Orchestre Métropolitain since 2008, Mélanie Harel held the same position within the Malaysian Philharmonie Orchestra from 2002 to 2007. After studying in the network of Conservatoires de musique du Québec where she unanimously received the Prize with great distinction, she notably obtained scholarships from the Fund for the Training of Researchers and Research Aid and the Association of Quebec businesswomen. She then perfected her skills in Europe. His career will allow him to participate in the finals of the Canadian Music Competition, the National Music Festival and the Tokyo International Oboe Competition. Very active on the Quebec music scene, she is supernumerary in many symphony orchestras across Quebec. Versatile musician, we can hear her on the albums of Gino Quilico, Richard Séguin and Saratoga. Mélanie Harel teaches oboe at Cégep de Joliette as well as at L’Université du Québec à Montréal.

Jocelyne Roy has held the position of second flute at the Orchestre Métropolitain since 2017. She was a member of the Nouvel Ensemble Moderne from 2008 to 2017 as solo flute. In addition to being an orchestral musician, she is a member of the Con Moto trio, made up of violist Elvira Mishbakova and harpist Valérie Milot. Jocelyne Roy obtained a graduate degree from the Manhattan School of Music in New York with Robert Langevin, following her master’s degree from the University of Montreal and a Competition from the Conservatoire de musique de Montréal with Marie -Andrée Benny. She won the 2005 edition of the Prix d’Europe. A scholarship holder from the Canada Council for the Arts and the Sylva-Gelber Foundation, she taught flute at the Orford Music Academy from 2013 to 2019 and at McGill University from 2015 to 2019. Jocelyne currently teaches at the Faculty of Music at l’Université de Montreal. 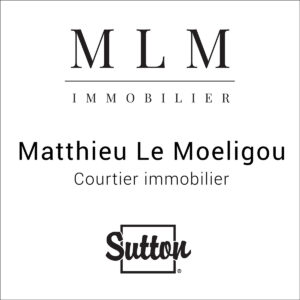 Register for Event: Musical discoveries as dazzling as they are attractive (at L’entrepôt Concert Hall)