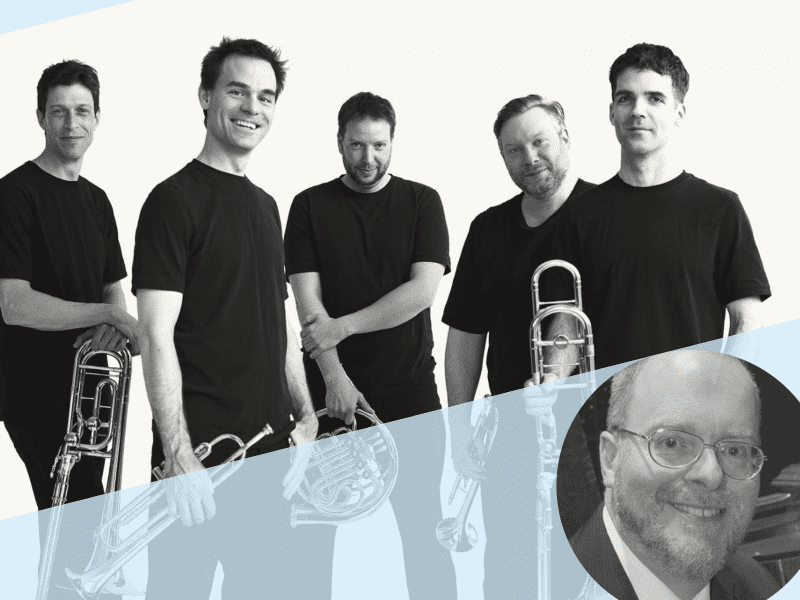 The concert features a projection.

Buzz Brass quintet has travelled the world, captivating classical music lovers, since 2002. Whether alone or with guest musicians, Buzz Brass’s highly original performances never fail to leave an impression. The ensemble has performed over 1,700 concerts for more than 400,000 music lovers across North America, Europe, and China. Over the years, Buzz Brass has earned numerous awards and honours, including the OPUS, ADISQ, and Trille Or prizes, in recognition of the quality and renown of its performances. With its innovative programs, acclaimed recordings, unique repertoire, and broad appeal, the group has become one of Canada’s most beloved brass quintets. Its appearances abroad (2015 Edinburgh Fringe Festival, 2016 Meet in Beijing Arts Festival, and 2018 Chamber Music America in New York City) have showcased the skill of Canadian musicians and inspired young people around the world. Recent Buzz projects have included partnerships with symphony orchestras, including those in Gatineau, Sherbrooke, Winnipeg, and Quebec City, and with Ottawa’s National Arts Centre Orchestra. The quintet has already recorded six albums, with other releases planned.