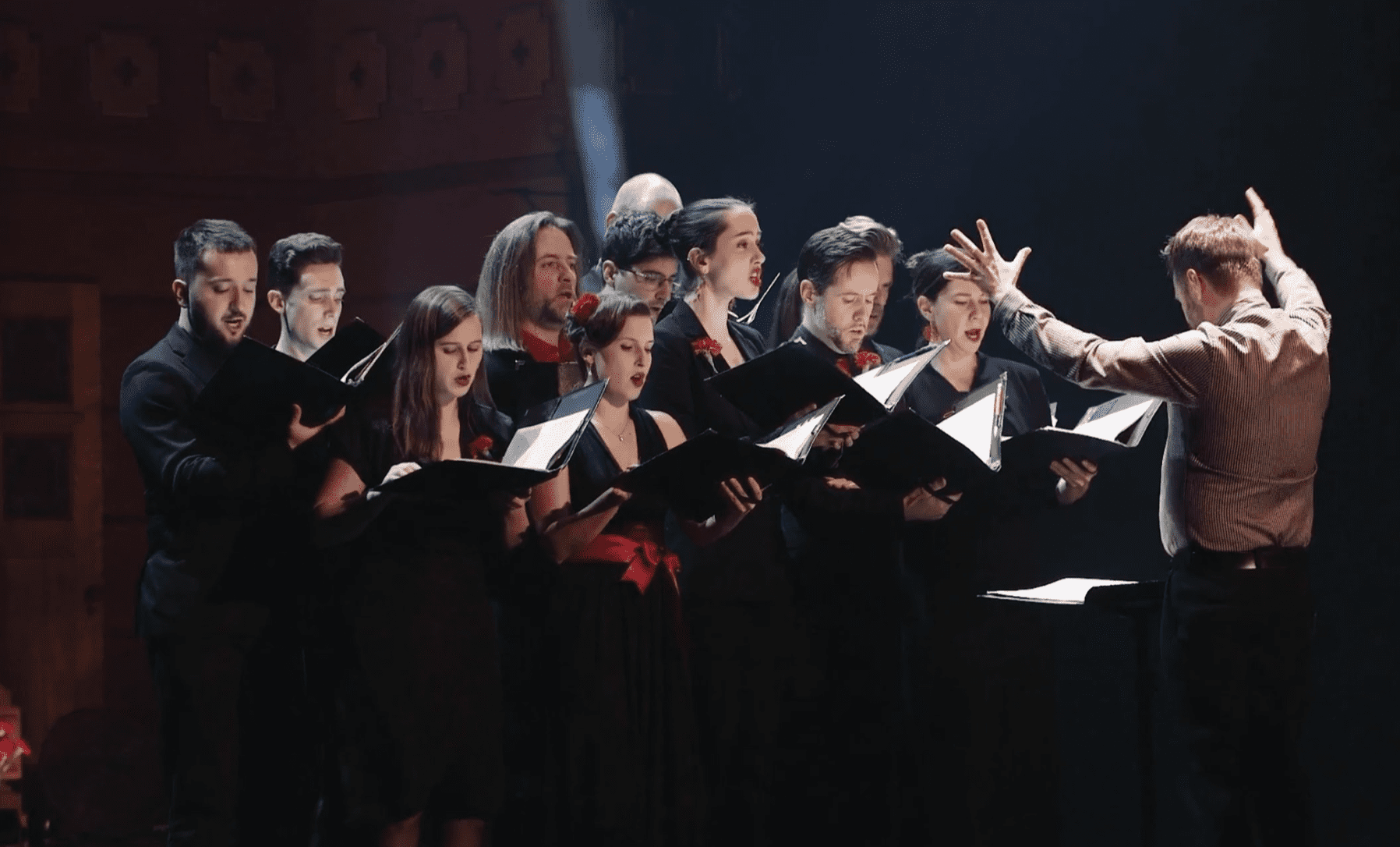 Voces d’Espana, an evening of colour and passion with Les Rugissants, a flamenco guitarist and a dancer.

This concert is presented in person.

Founded in 2017 by Xavier Brossard-Ménard, the vocal ensemble Les Rugissants brings together some of the best singers in the Montreal region and offers performances on original themes that manage to interest both neophytes and the most seasoned music lovers, offering a concert experience which stands out.

In May 2017, Les Rugissants performed for the first time at the Classica Festival at Victoria Hall in Westmount in an a cappella project inspired by the letter B. Voces de España, the group’s second opus, was born in December 2018 and performed during the 2019 edition of the Classica Festival. This program won the touring prize of the Conseil des arts de Montréal, allowing the presentation of seven concerts during the 2021-2022 season.

Voces de España was also presented in May at the Bourgie Hall of the Montreal Museum of Fine Arts before being produced by Concerts Lachine. In the summer of 2020, Les Rugissants presented ambulatory concerts in public spaces. In December, the ensemble gave a Christmas concert at the Maison de la culture Janine-Sutto and performed with the Orchestre Classique de Montréal in Handel’s Messiah, presented at St. Joseph’s Oratory.

In February 2021, the ensemble launched its ARCHES series, on architecture and music, which highlights the Atwater Market and the Salon 1861. During the 2021-2022 season, the ensemble will carry out the second phase of its ARCHES project on iconic Montreal buildings. The ensemble’s next signature program, (nu.e.s), a contemporary exploration of sexuality through song, premiered in May 2022.