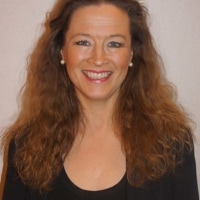 She gave solo voice recitals and sang much chamber music repertoire as well as singing with a full symphony orchestra, from Baroque music to contemporary music, from chamber opera to large-scale opera. Lena Hellström-Färnlöf’s repertoire knowledge is unique and gives her the tools and skills to accompany her singers in the best way. Lena teaches all voice categories: soprano, mezzo, alto, tenor, baritone and bass.

After a long, successful and multifaceted career as a concert and opera singer, Lena Hellström-Färnlöf has devoted herself exclusively to teaching since 2007. In addition, she regularly gives national and international masterclasses, acts as an expert judge at auditions and acts as an advisor to agencies. Since 2013, Lena is a professor of singing and artistic director at the Music and Opera University at Mälardalen University.

As an educator, Lena always looks after the individual. Lena Hellström-Färnlöf believes in the basic prerequisite of finding and developing each student’s unique voice and musicality.